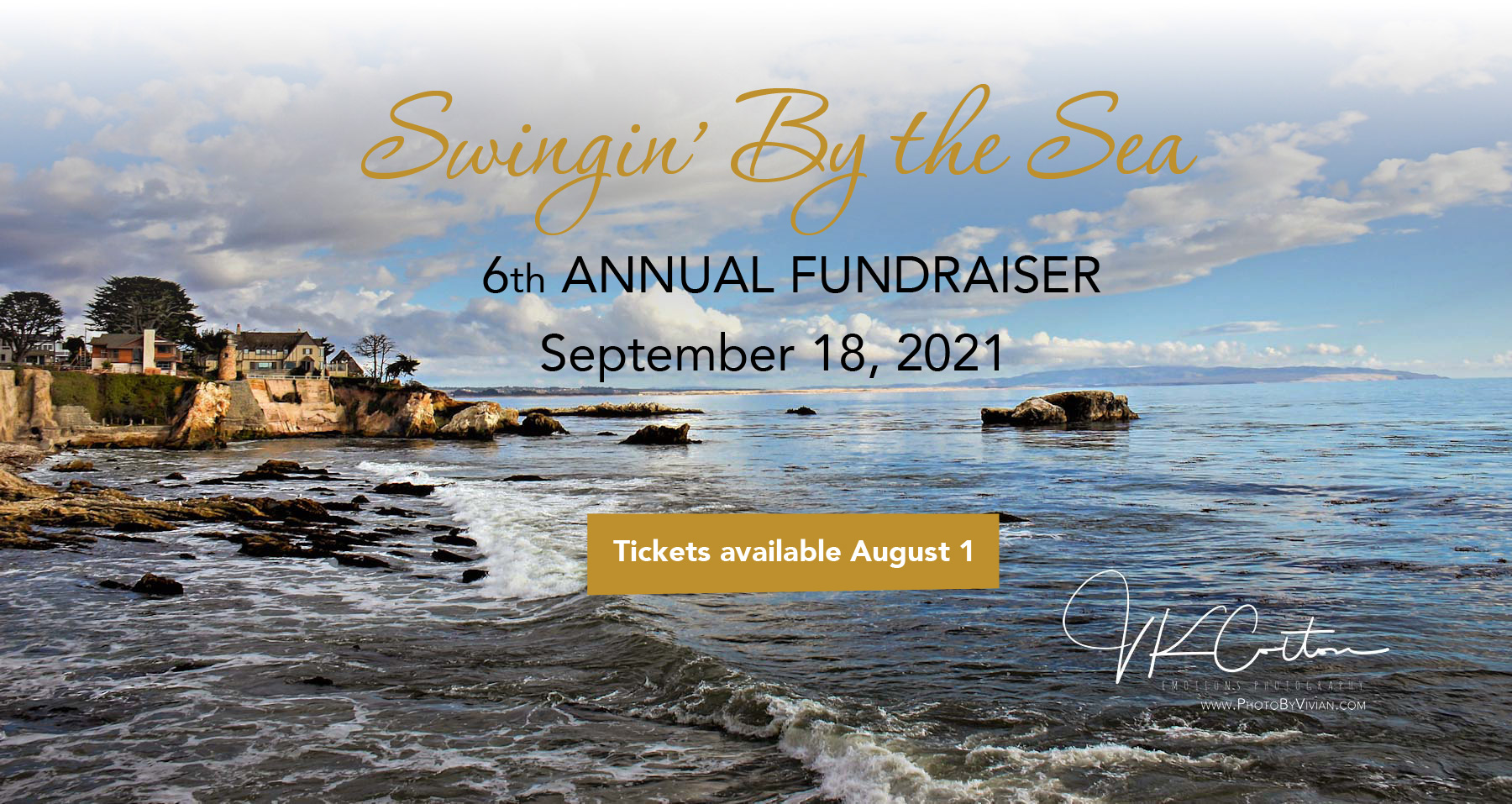 The Chapman Estate, located at 1243 Ocean Boulevard in Shell Beach, Calif., has been an integral part of the Shell Beach community since Clifford Chapman purchased the property in 1962. He and Don Shidler, Chapman’s partner of almost 50 years, collected art and treasures from around the world that are now displayed in the house and on the grounds. They hosted numerous parties and opened the Estate for non-profit events. Clifford Chapman’s generous gift of his Estate to the City of Pismo Beach enables the Chapman Estate Foundation to continue these valued traditions, and to provide innovative cultural and artistic experiences while engaging patrons who wish to support the Estate.

The Chapman Estate Foundation supports cultural experiences and provides for the preservation of the Estate while honoring Clifford Chapman’s legacy. If you would like to donate, please click here: 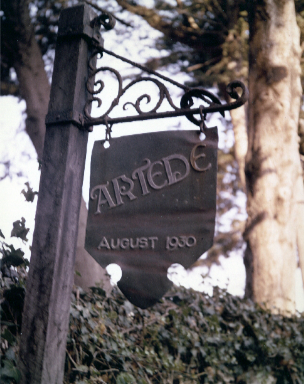 The original name of the house was Artede

The Chapman Estate was developed over an extended period of years. The Guest House, known as the Gull Cottage, has a questionable history. However, the Rogers purchased it from Shell Beach resident, Henrietta Fletcher, around 1936. "It was sold to Arthur and Celia Rogers when they purchased the property. They purchased the first 3 lots for $10.00 in 1929 and gradually purchased 4.5 additional lots. The Rogers completed the original home, an English Tudor mansion formerly known as Artede, in 1930 and during their ownership, made improvements to the Estate. Arthur Rogers founded the Navy Oil Corporation in the Central Valley. The Rogers visited on weekends and moved to Shell Beach permanently in 1946. Clifford Chapman purchased 2.5 additional lots after acquiring the Estate in 1962.

The original home featured a driveway and garage which was later converted to the main entry and “refectory” or dining room. The front walkway replaced the driveway and included features such as the fountain, visible from the main gate. Rogers added the garage that opens onto Ocean Boulevard in 1948.

The windmill was added in 1934. A large pump, housed under the windmill, pumped the seawater directly into the pool. The windmill ran a smaller recycle pump taking the water out of the south end of the pool, over terra-cotta tiles covered with glass as a magnified solar heater, and returning heated water into the north end of the pool. No longer used for that purpose, the windmill is the iconic feature identifying the house both from the neighborhood and for boats or kayaks gliding along the ocean. The Estate is often referred to as the “Windmill House.” 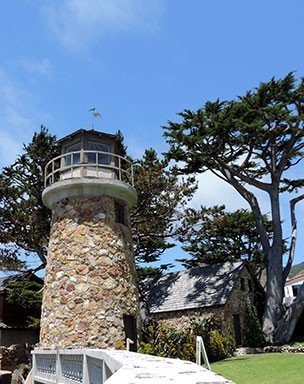 The lighthouse is one of the iconic features of the Estate

The original concrete seawall was built in response to a hurricane or very large storm in 1935. Mr. Rogers filled an entire railroad car with cement and the seawall was built by hand. The lighthouse was built by Rogers in 1948 to provide privacy from adjacent properties. It was rebuilt by Clifford and Don when it began to deteriorate. The rip-rap seawall was added by them to protect the lighthouse and cliff. The wall surrounding the property on Ocean Boulevard was added as well as the new iron fence and gates.

Clifford Chapman was born and raised in Guadalupe. After serving in the Navy in Korea (1950 - 54), he returned to the Central Coast to attend Cal Poly and received 2 years of credit for his Naval training in Electrical Engineering. While attending Poly he took odd jobs and was hired by Arthur Marshall, owner of Marshall’s Jewelers in downtown San Luis Obispo. Chapman developed an interest in jewelry design and eventually became the manager. He purchased the store in 1960 and operated it until his retirement in 1993.

Chapman purchased the Estate in 1962. As a young child, traveling with his father along the coast, Clifford would often see the house. It came to have great meaning for him. Chapman and his longtime partner Don Shidler “got together on August 28th, 1964” according to an interview with Shidler (see video interview below). Don attended Cal Poly and received a B.S. in English. He later taught English in Santa Maria.

The Koi Pond was built prior to 1991, and the “Pavilion of 1000 Moons” was constructed in 2001 to shelter the koi from birds in search of a meal. Designed by local architect Steve Puglisi, it was built with materials from China. The solarium, which opens onto the main lawn, was also designed by Puglisi. 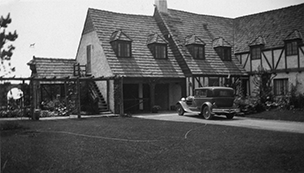 The driveway would later become the main entry

The Tudor style mansion became a hub for local and worldwide artists, musicians and writers after it was purchased by Clifford. It also became the location for non-profit fundraising events as well as neighborhood celebrations. Clifford and Don hosted annual fundraisers for Opera SLO, SLO Symphony, CAPSLO’s "Afternoon of Epicurean Delights.". They also hosted weddings and gatherings for family and friends.

In the trust, Clifford Chapman gifted his Estate to the City of Pismo Beach and in December of 2013 the City accepted the property (click here to read the eulogy given by Clayton Marsh for Clifford Chapman). Per Clifford’s directives, the Estate will be open for neighborhood gatherings, private occasions and other activities as well as to the designated non-profit organizations. No tours of the home are available at this time.

The Chapman Estate Foundation was established in February of 2017, when former Chapman Estate Advisory Commissioners (CEAC) became members. They have brought invaluable knowledge of the Estate and its history, along with a working relationship with the Pismo Beach City Council, officials and staff. We continue to recruit additional board members.

Gates are open Tuesdays and Thursdays from 11-1 p.m. and Fridays from 5 p.m. to dusk. 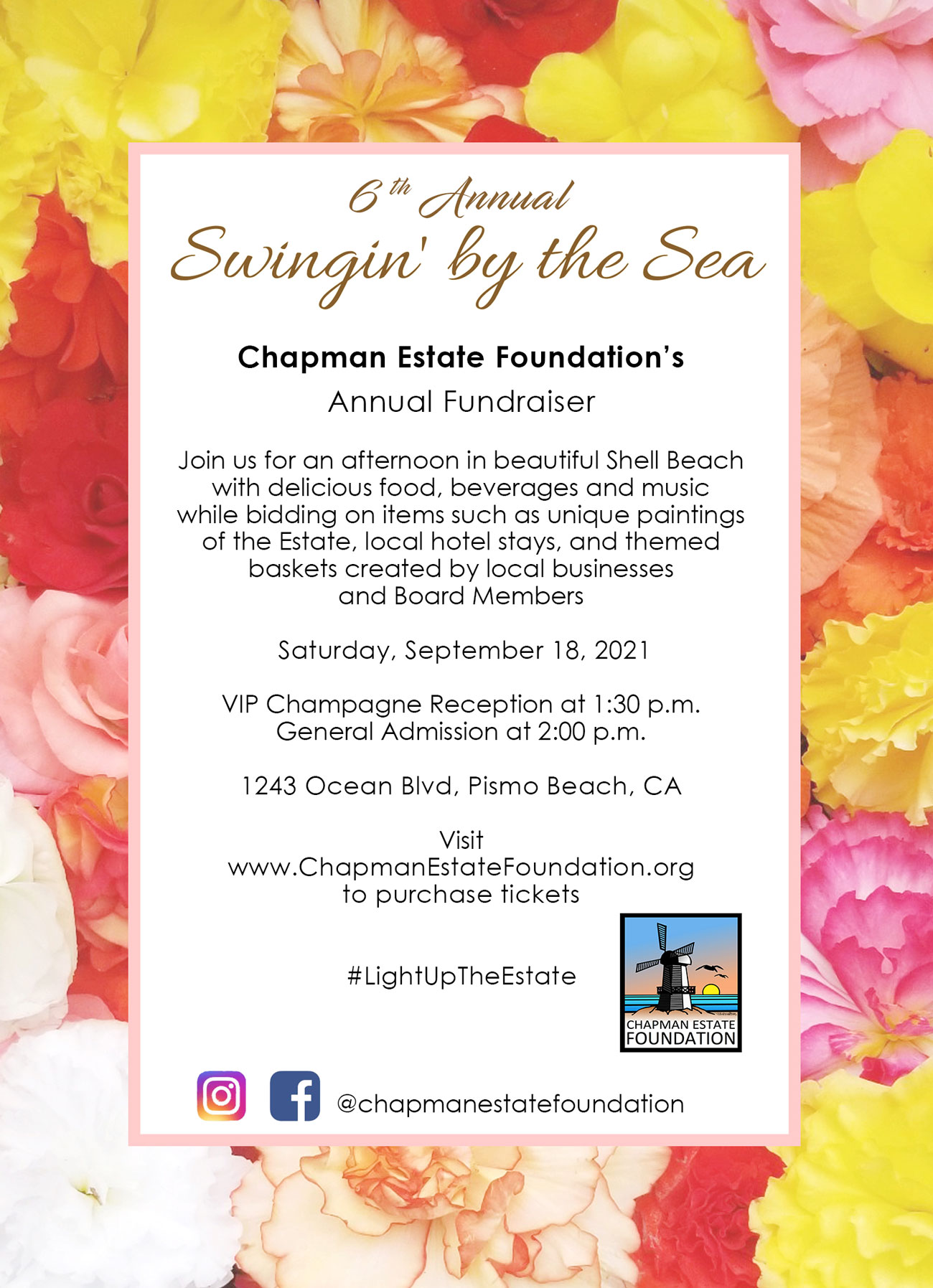 Save the Date! This year's event will take place on September 18th from 2-5 p.m.

The Gay and Lesbian Alliance of San Luis Obispo interviewed Clifford and Don for the LGBT History Project in 2006 at the Estate. The 30-minute interview gives unique insight into their personalities and includes many interesting details of their lives. 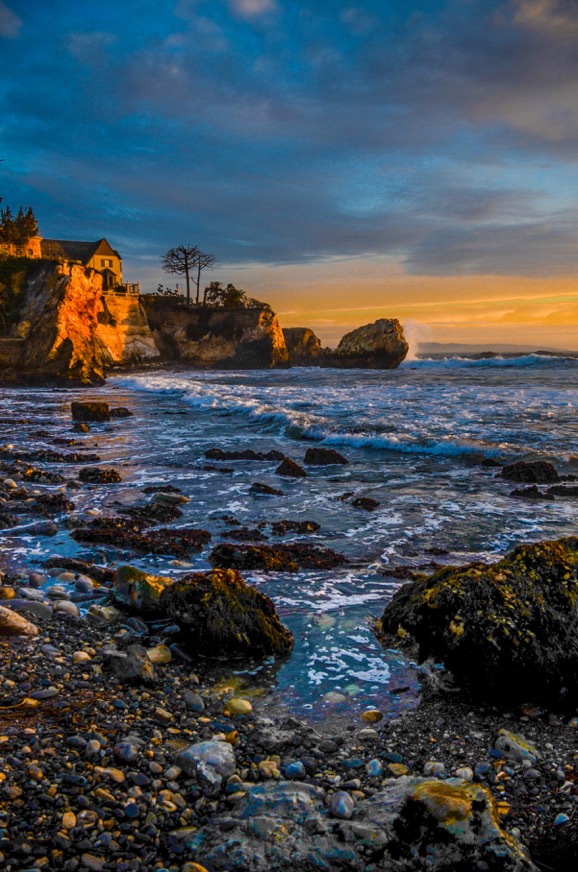 During our “Gates’ Open” activities, docents are available for tours of the grounds.They are knowledgeable about the Estate' history and structures such as the Windmill, Begonia House, and Lighthouse. This information and identification of flowers, trees, sea animals and birds are included in the Docent Manual.

Gardeners duties include begonia care as well as pruning, planting, weeding and various projects on the estate.Volunteers are also needed for the annual, “Swingin’ by the Sea” fundraiser held each September. The Chapman Estate Foundation produces and benefits from this event.

Please complete the form at this link and a board member will contact you shortly.

Here's a sneak peek inside the Chapman Estate! 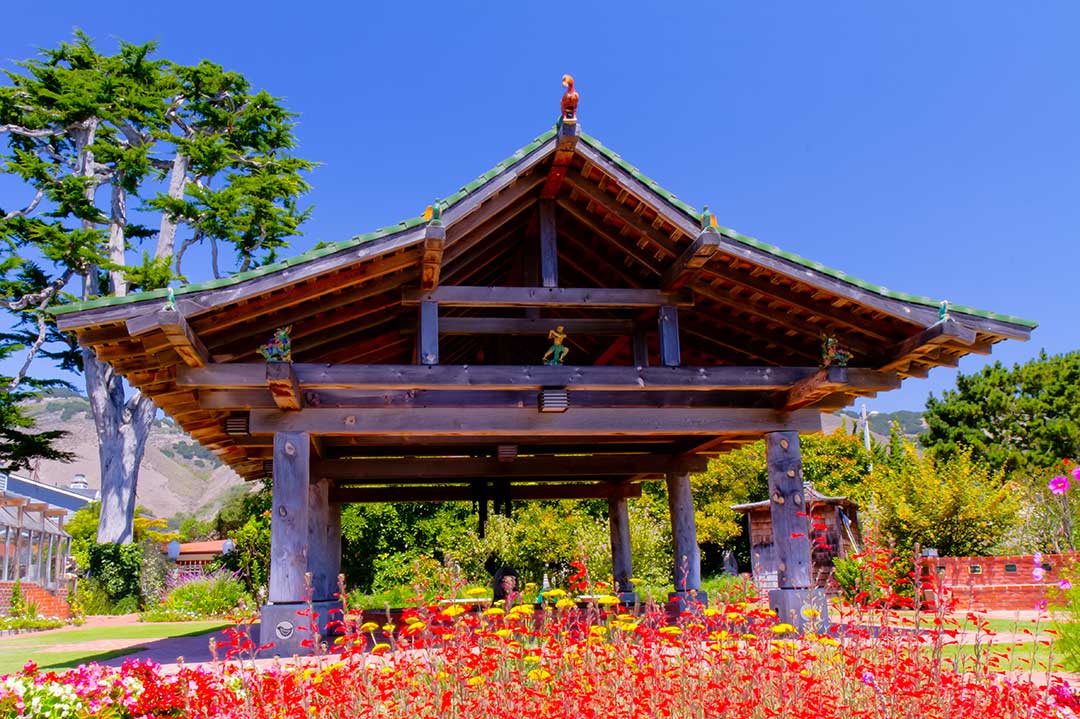 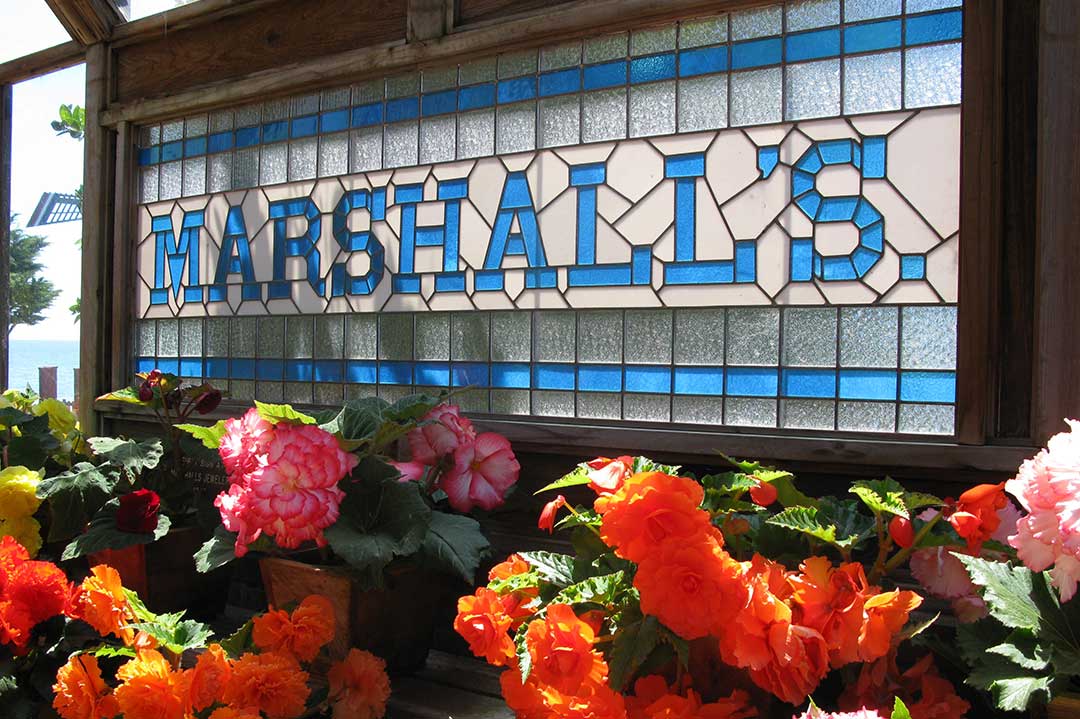 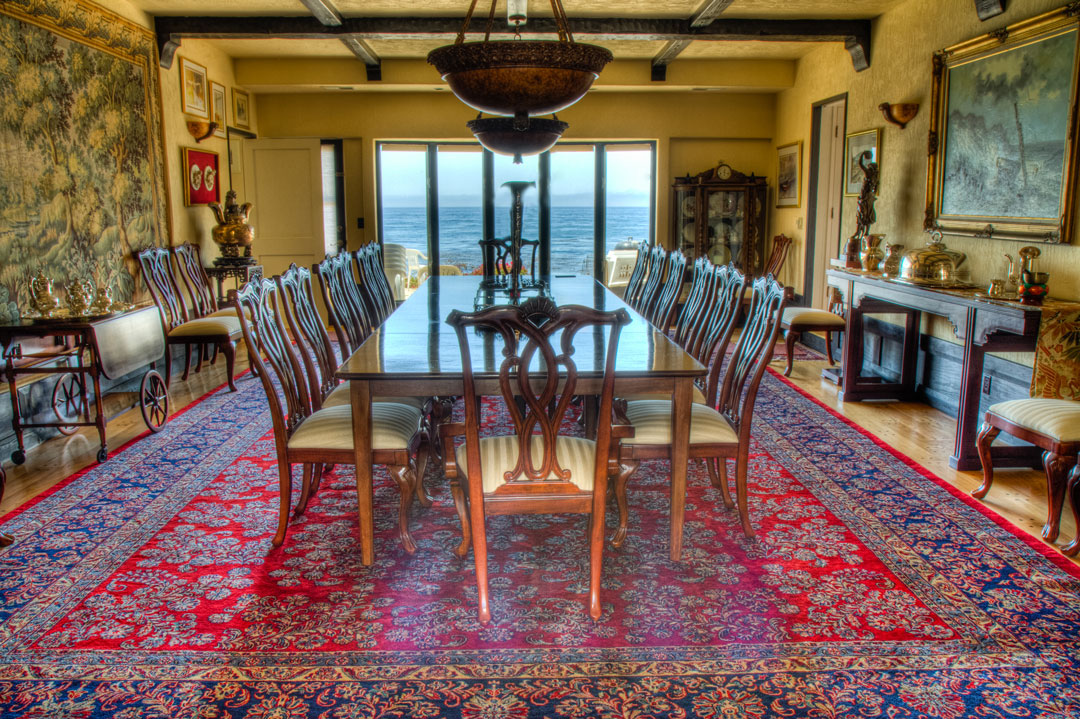 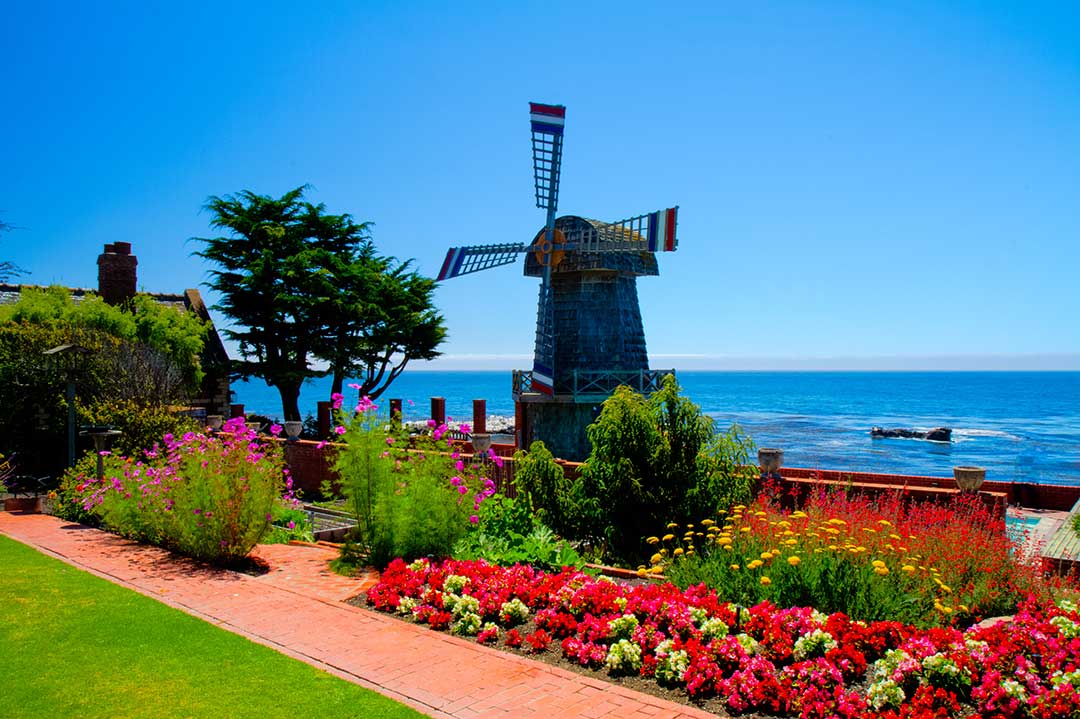 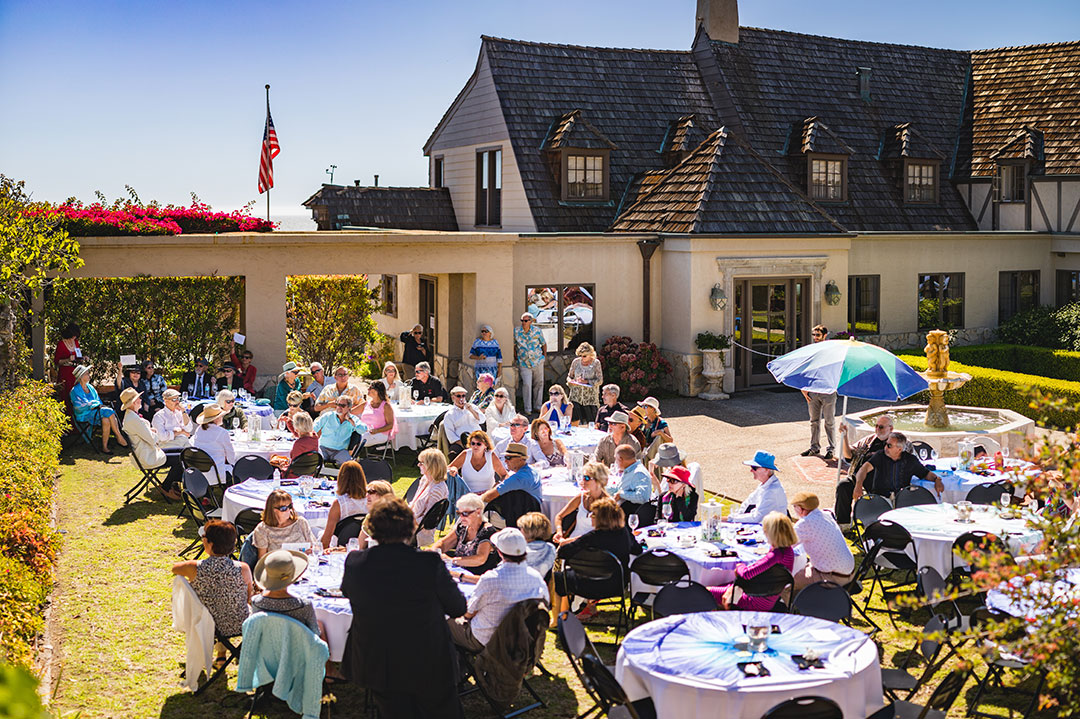 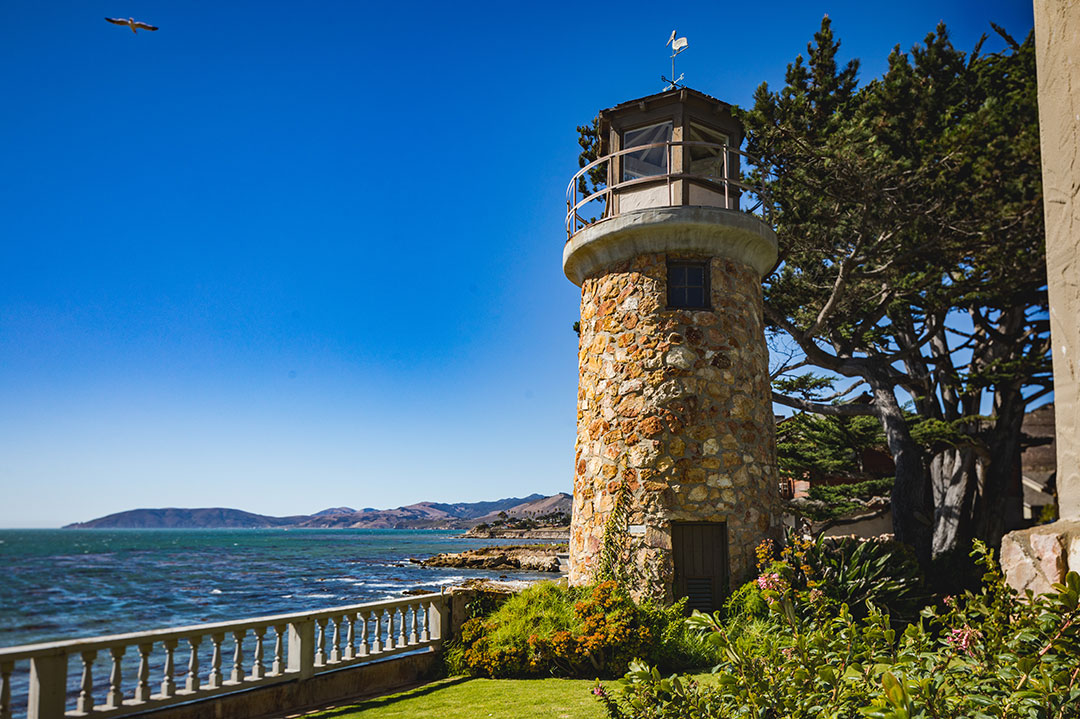 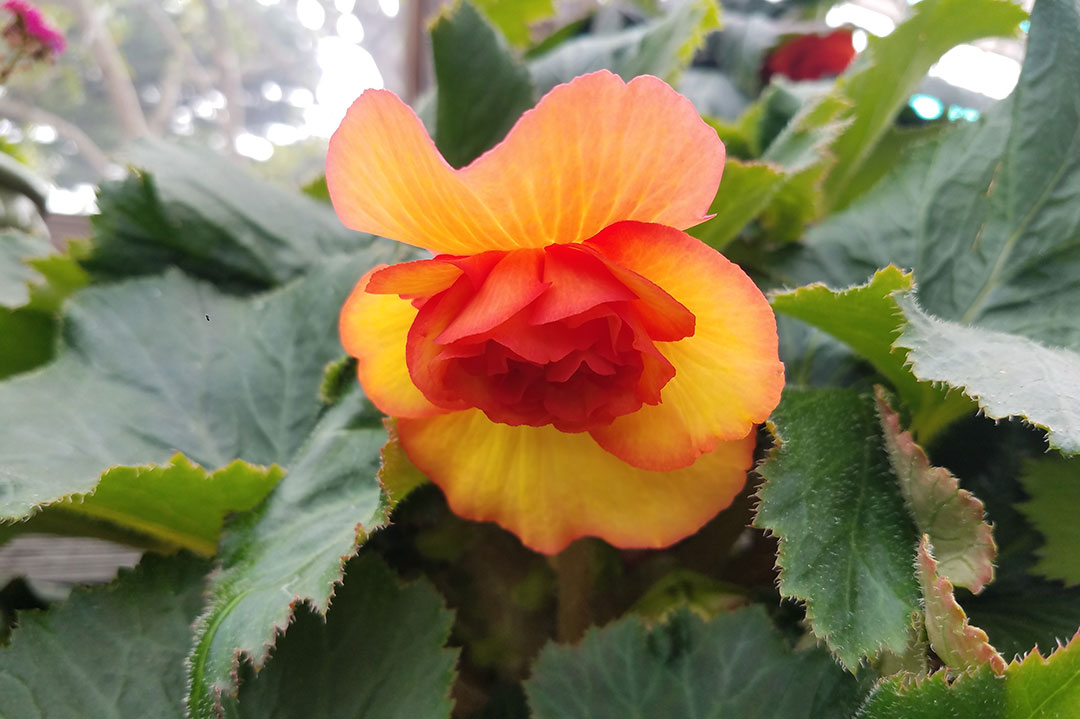 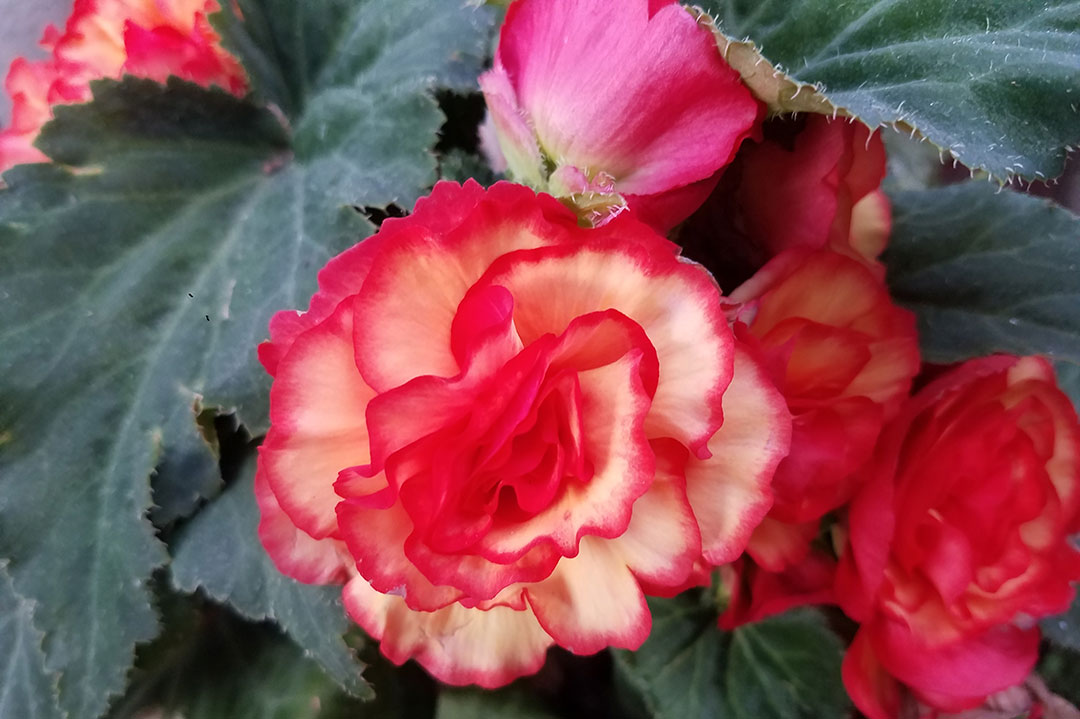 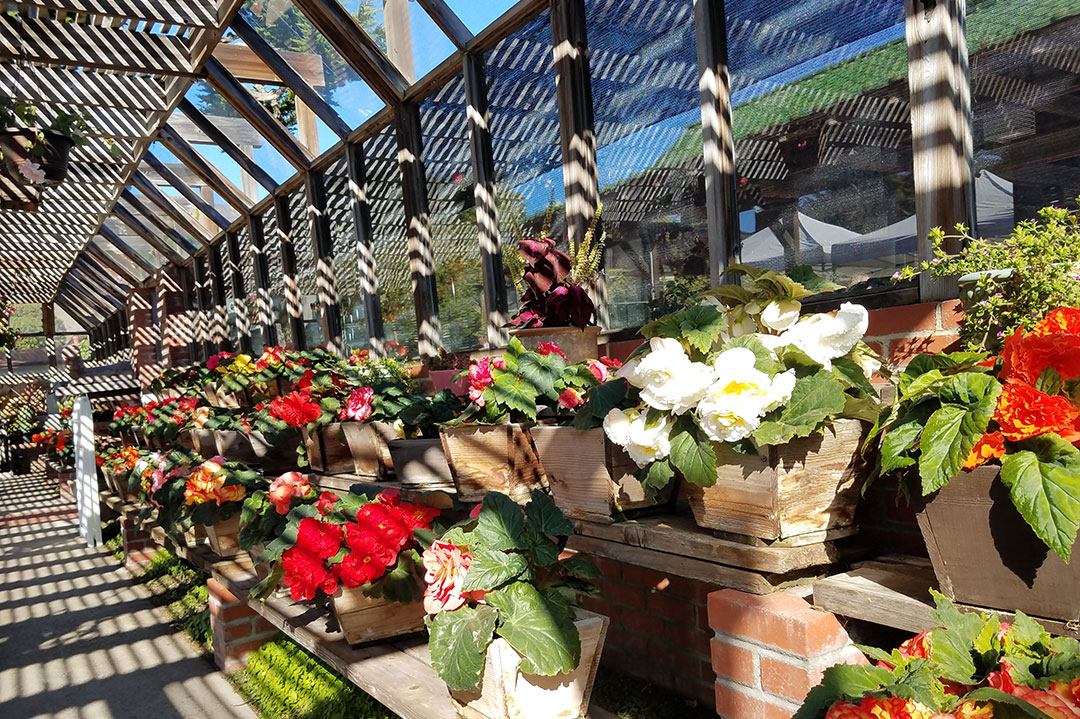 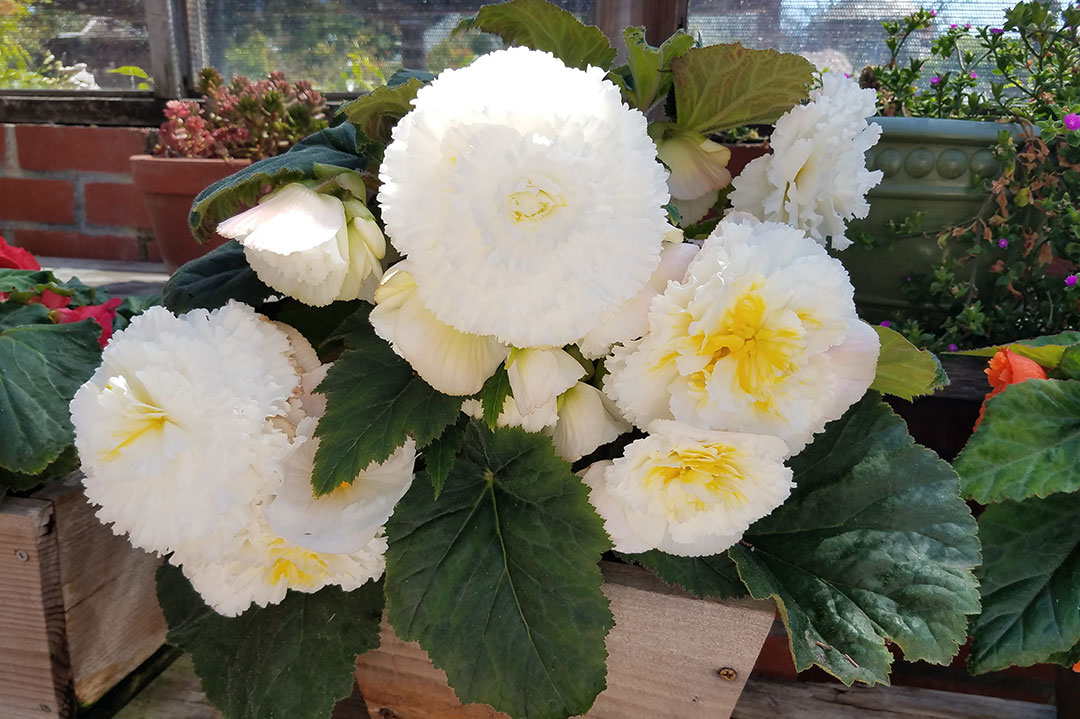 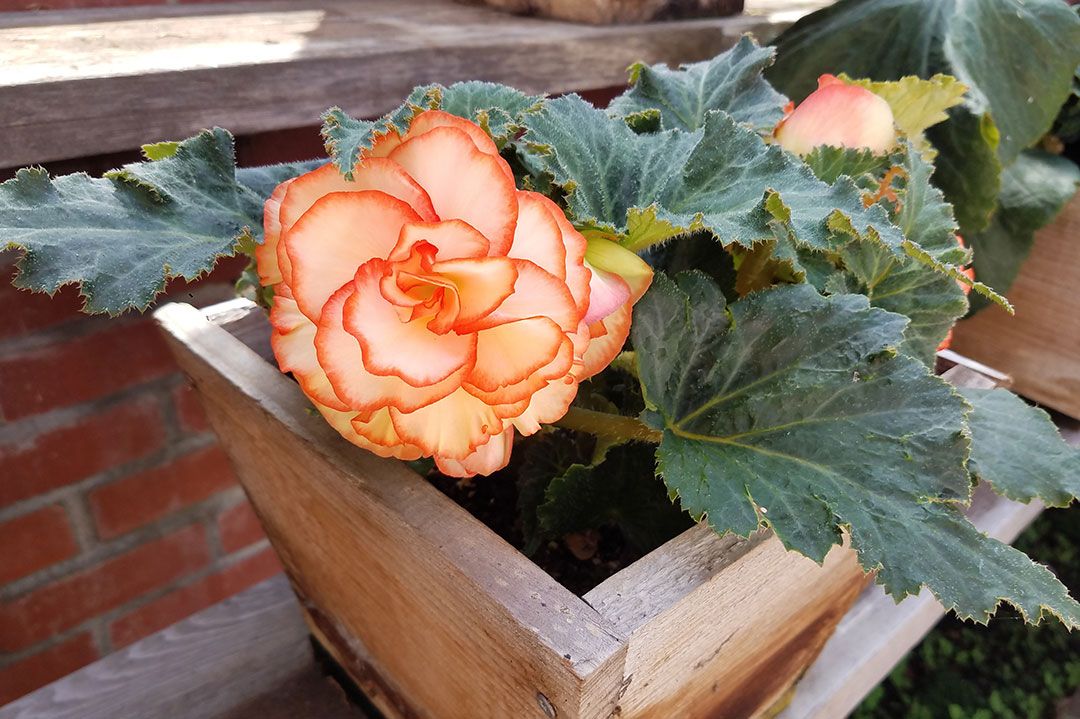 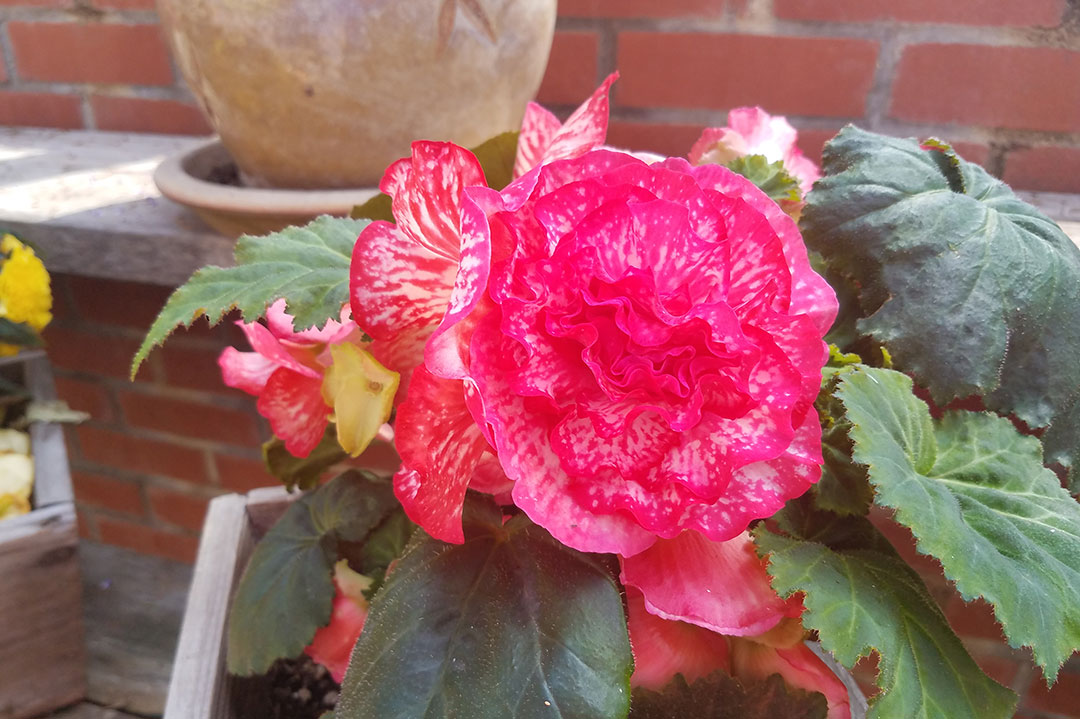 We would like to thank the following people and businesses for their ongoing support: